Cooking is required for many quests and is an easy way to make some money in 9th Dawn 3. To start cooking, you first need to talk with Medium John and Foddy in Ashwick.

His name is not Foody! 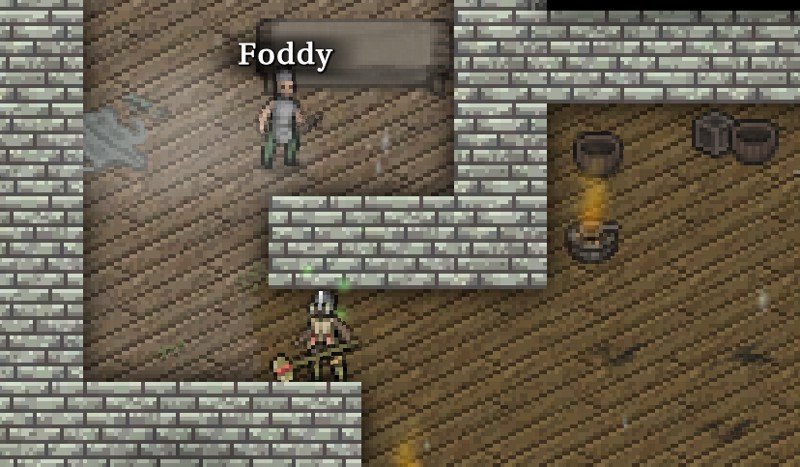 If you call him Foody, his prices will go up permanently. This is not the end of the world as there is other cooking NPCs in other towns but it will make making money with cooking at the beginning of the game more difficult.

Food that increase HP by a percentage are a great alternative to HP potions if you put points in endurance and get the health passives. Also, the higher level recipes give melee and magic buffs. Pretty good!

It's pretty simple really. Buy ingredients from Foddy or another NPC, cook them and sell him back. At first, you're going to lose money but as you do it, your Bargaining skill level goes up which brings the costs down and the selling prices up.

Get to 100% on a recipe like Smelly Broth and then you can cook hundreds of units without manual clicks. You can cook up to 999 at once without clicks.

There you go, you've got a new stream of income!