Further Fields hints - Baba is You

Flag is win, but it is located on the other side of the grass and grass is defeat. Keke is you and three Babas are moving around automatically in the starting side. 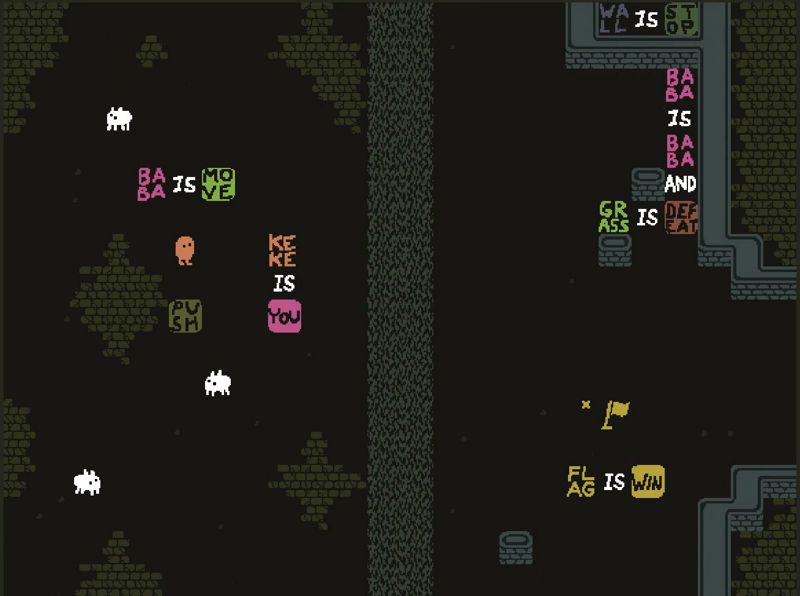 How to win the level

The trick is to make all three Babas push the rules from the left side to the right side. When they do, Keke can't be you because of the grass. And once they're on the right side, Keke needs to be you again so that you can capture the flag.

Finally, the tricky part is to arrange the rules so that pushing a line makes Baba is Move again and breaks Keke is You at the same time. It also needs to be done in a way that Keke is You will be made on the other side.

Using the stone pillars or the stone wall helps a lot! 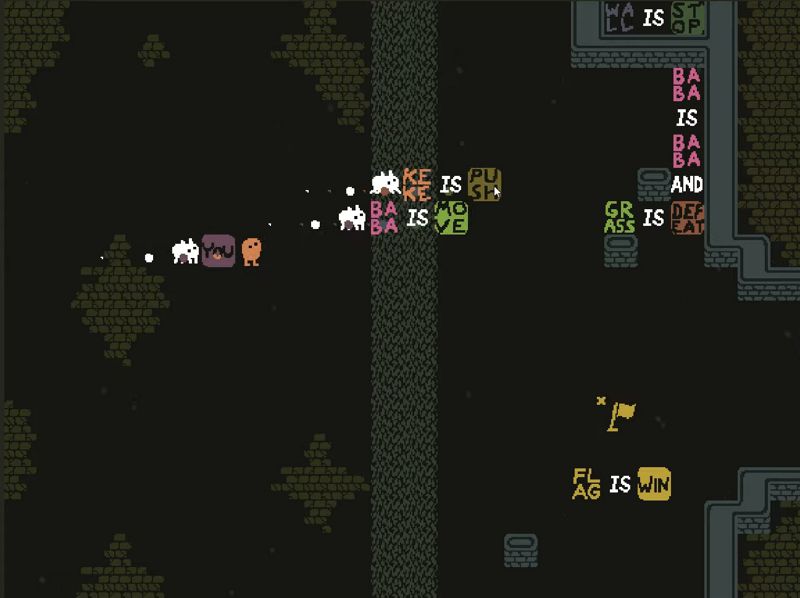