The Pit hints - Baba is You

Moon is You and you need to cross a dangerous pit surrounded by skulls. You also need to bring something with you on the other side to open a door. 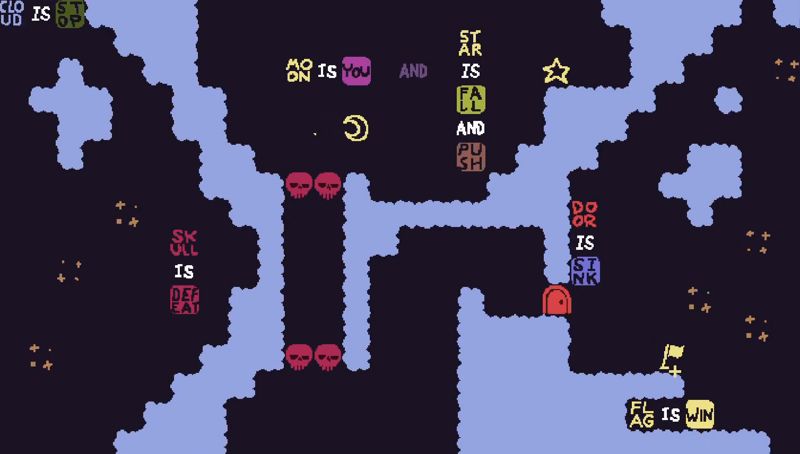 How to win the level

First, take control of two characters with Star and Moon is You and Push. Next, you'll need to place the star and the moon on top of each other so that it becomes possible to push the remaining is Fall words to make the falling rules.

Start with the character that is located at the bottom, since the other one won't fall for now. For example, if it is the star, start with Star is Fall by pushing the words on the left side. That way the star will fall through the skulls on the right side. Then, repeat the same thing for the moon.

Finally, sacrifice one of the characters to open the door, capture the flag and win! 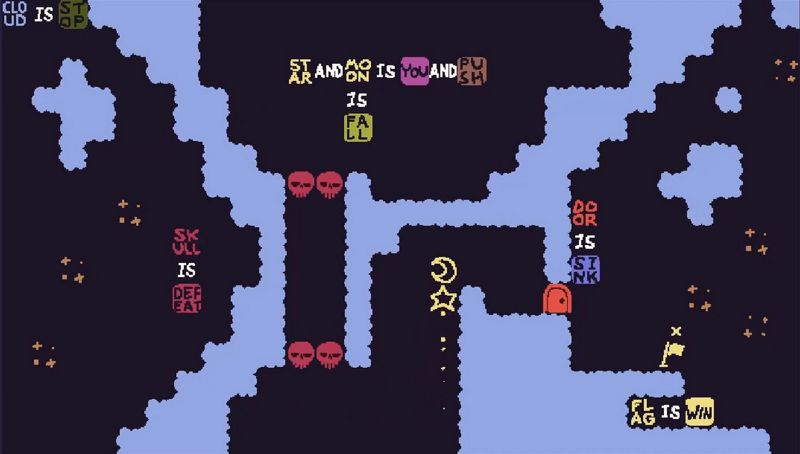