The crusader is a hero that I bring to the ruins very often and he seems perfect against the first iteration of this boss, the Necromancer Apprentice. 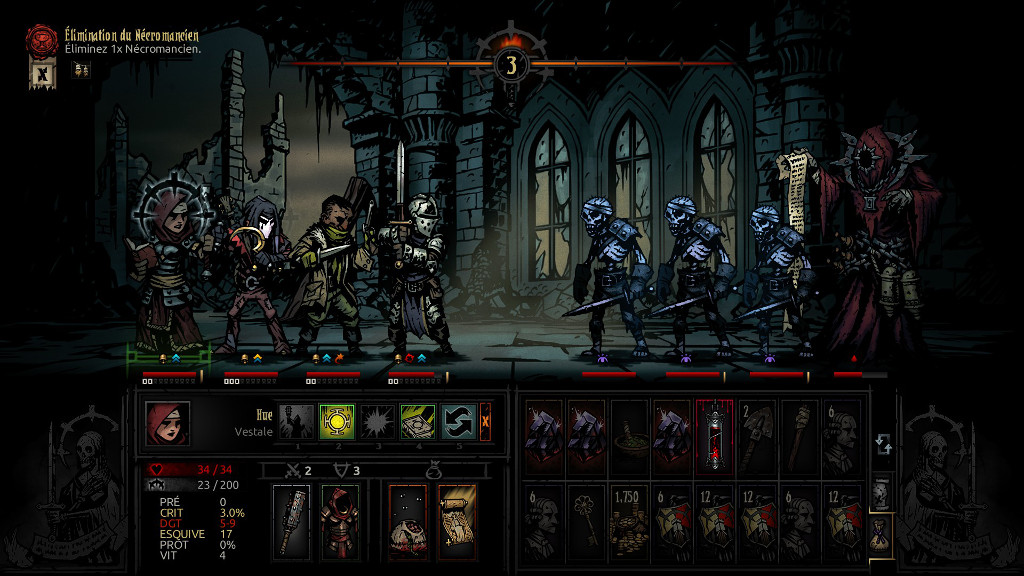 He's completely useless in the previous situation, placed at the front against stealthy skeletons. If you bring him, it is better to let the skeletons live and instead position the crusader in the back, armed with his sacred lance.

The hellion is an excellent alternative to replace him at rank 1. She's able to attack the boss in the front and in the back.

The grave robber, the houndmaster, the highwayman and the shieldbreaker can also attack the necromancer on all ranks. As a bonus, the last two have a skill that eliminates stealth.

The hellion is fighting in the front. The shieldbreaker acts before the crusader who is much slower, and attacks while advancing with her spear.

The crusader next falls to rank 3 and is able to use his sacred lance, and then the story repeats itself. If needed, the shieldbreaker can eliminate the stealth of the undead.