The effect triggers on 4 sides and it starts out with 20 charges. Each replaced card removes a charge from Bookery.

When all charges are gone, it is replaced by Abandoned Bookery. This is a completely different tile that adds Tome enemies to battles on the 4 sides.

The way to go with Bookery is to try to replace cards you don't need by cards you need, or lesser version of the cards like forests by their better versions like thicket. If I have Oblivion cards in my hand (always very useful), I probably won't place a Bookery straight away. I want to make sure I only replace bad cards.

Pause the game right before you cross the Bookery. Are the 3 cards on the left side of the hand bad cards? If there's something you need there, play it before it gets replaced. 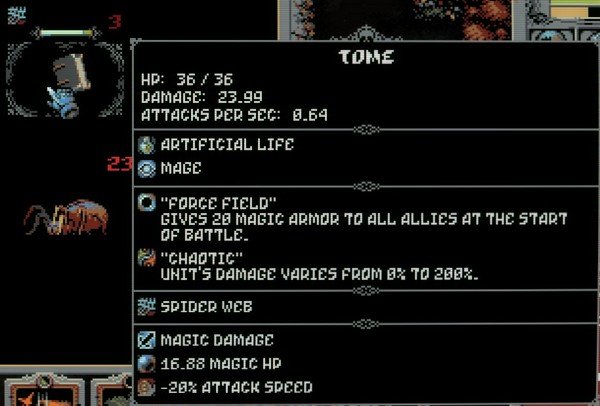 This little guy is quite unpredictable with it's 0% to 200% damage dealt, it can be a walk in the park or it can be hard, it depends on luck. It also adds a damage shield to all other enemy units and that adds up when there's 5 of them.

Killing the tome always rewards you with two pages. 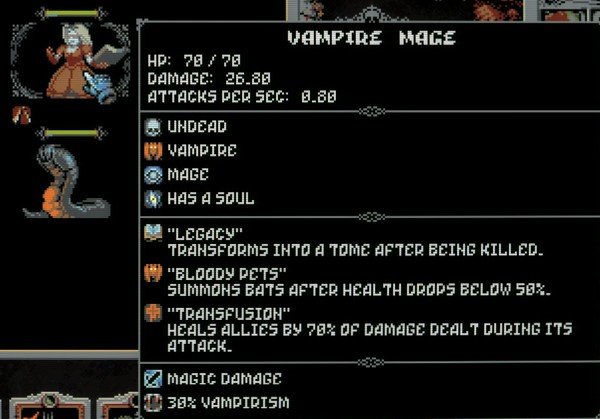 If the Abandoned Bookery shares a tile with a Vampire Mansion, the Vampire in battle with be replaced by a Vampire Mage. It is similar but deals magic damage and spawns the previous Tome monster when it dies.