Asteroid types and traits in Oxygen Not Included

The asteroid types and traits bring great replay value to the game. The system is great and there would be so many ways it could be expanded to make each run completely unique!

Think of the 9 asteroid types that available right now as the choice of an algorithm that will be used generate a random map, and the asteroid traits as small tweaks that will be added.

“Terra meets all the requirements for Duplicants life and holds no surprises. It's an ideal location for a first attempt at establishing a colony." 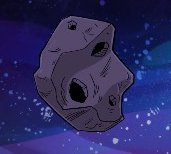 The first asteroid on the list is the best choice for a first game. The first biome is temperate, it is well balanced and brings no additional difficulty.

It misses two of the three new biomes that were introduced at game launch (forest and badlands), so some of the new buildings like the Wood Burner won't have their use here.

It's perfect for the first few runs or until one feels comfortable with the game.

“Oceania is quite stable and resource-rich, but the majority of the area is covered in a saltwater ocean. Careful expansion and resource usage should lead to a successful colony." 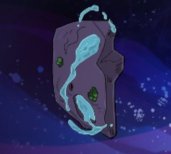 Feature: the first biome is temperate. It has a lot of tide pool biomes, no forests, and no rust.

This is considered an easy asteroid that is similar to Terra, except the fact that there is much more water everywhere. The thing is, Terra already has plentiful water. So this is a small step up in difficulty…

A map with too much water.

The new tide pool biomes that are plentiful here have saltwater, so you will need to find ways to isolate the water from the salt. You will also have to make sure you don't do a mistake that ends up with your base getting flooded!

“Rime's low temperatures will make finding water and establishing farms or ranches problematic. However, the wide spectrum of minerals and cool environment could lead to thriving industry." 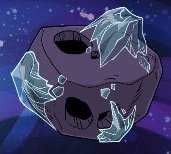 Feature: the first biome is temperate (cold variant). It has a lot of frozen biomes and the other biomes all are the cold variant.

This is a great option for players that hate managing heat problems. The environment naturally cools off everything in the base and you have one less big problem to think about.

There is also no germs.

The downside is that the asteroid doesn't have much life on it and it is harder to grow food in the cold. The cold will also bring quite a few problems on its own, for example, pipes that break down or airlocks that freeze.

“Establishing a foothold on Verdante will be challenging due to reduced food and oxygen options. However, abundant biological and mineral resources should afford excellent long-term growth." 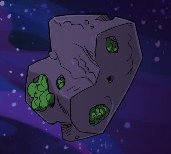 Feature: the first biome is a forest. It has many forests and swamps, but no temperate and frozen biomes.

This is the easiest of the “forest start” asteroids.

Starting in a forest biome itself is much more difficult than starting in a temperate biome as there are very little water and no algae at all that you can transform into oxygen.

The shortage of water will probably be the main problem here with the absence of frozen biomes.

“Colonizing Arboria will require careful planning right from the start. Because of its lack of metals, finding biological solutions to problems is a must." 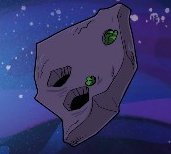 Feature: is a more barren version of Verdante. The first biome is a forest but there is no temperate biomes and swamps.

This is very similar to Verdante and the early game is the same as the forest biome start, but missing swamps replace the missing frozen biomes.

All in all, Arboria is probably slightly easier than Verdante. Heat management and water supply are more manageable with the frozen biomes, but producing oxygen will prove difficult as algae will be severely missing with no swamps.

“Volcanea would be perfect if it wasn't for the volcanoes. Digging carefully and managing the temperatures in our colony will be essential to success." 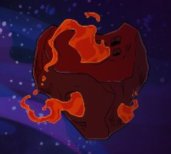 Feature: the first biome is temperate. It has much more magma and volcanoes and the magma rises quite a bit on the west and east edges of the map instead of being only at the bottom. There are no forests and rust biomes.

The early game here is easier than the two previous asteroids here due to the temperate start, but things soon become complicated due to the heat caused by the additional magma and volcanoes.

It is possible to start very close to magma and to be forced to rush for insulation technologies so that the starting area doesn't boil up. This is a big step up in difficulty if you aren't very comfortable with heat management!

“The rocky terrain of the badlands poses no immediate threats, but sparse resource availability will make expansion and technological progress challenging."

Feature: the first biome is temperate. It has a lot of barren biomes which is unique to this map. There are no forests, swamps and tide pool biomes.

This one has a special biome that is omnipresent where you can mine refined metal and get a ton of oil. That biome has obsidian which is a challenge by itself, as you will need a max skill miner if you really want to get anywhere.

Heat management isn't too bad, but getting water and growing food is difficult!

“Temperatures on Aridio are much higher than expected. While resources are abundant, maintaining food and infrastructure could be difficult as our colony warms." 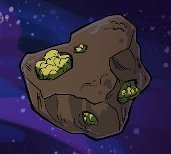 Feature: the opposite of Rime. The first biome is a forest (hot variant) and there is no temperate and frozen biomes. The others are warm or hot variants.

This is basically the same thing as Verdante, but with the additional challenge that every single biome is hotter.

You will need to have great experience to deal with the absence of algae, shortage of water and high base heat of the biomes.

“A wide underground desert will pose temperature threats and strain the resources of a colony on Oasisse. However, surviving the challenge could present great industrial opportunities."

Feature: the first biome is a forest and there is no rust and frozen biomes. A good portion of the map is hot sand, which makes things a lot more difficult.

This is the most difficult asteroid at the moment.

Here, in addition to the shortage of algae and water, you miss both of the cold biomes and a good part of the world is 70c collapsing sand.

I wish you good luck!

In addition to the asteroid type, all asteroids other than Terra have 2 to 4 traits that make the map even more unique.

When selecting your asteroid traits, Frozen Core can be used to make heat management easier in most maps. It makes all maps other than Rime a little bit easier to a lot easier.

Most traits seem beneficial but I would guess Volcanoes + Magma Channels make all maps harder!