Today we're going to have a look at having success with a ranged bow and arrows build in Stoneshard. Right now in Early Access, this is associated with playing the premade character Dirwin the Woodward.

I'd recommend adding 1 or 2 more arrow stacks to your inventory as you will inevitably lose a lot of them. You don't want to have to leave a dungeon and come back to town due to running out of arrows.

The remaining 350 gold pieces or so the character has can then be used to buy a piece of equipment (gloves with critical chance for example), a splint or two to recover if things go wrong. Maybe one more bandage and one more piece of bread : 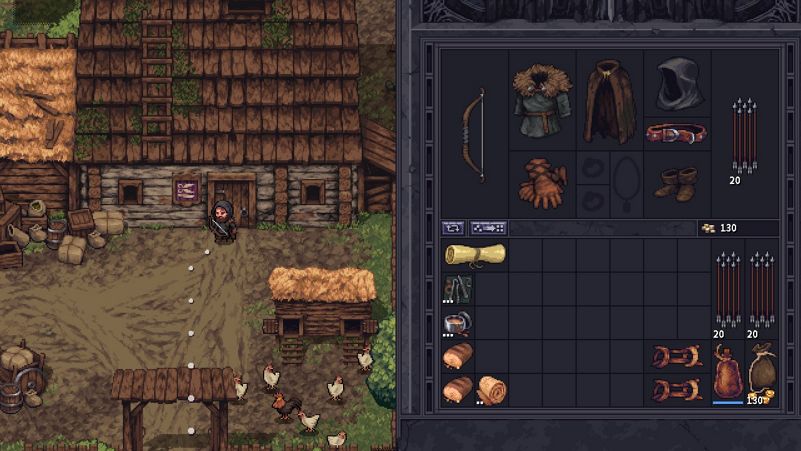 Oh, and an important point. Make sure that you grab another one hand weapon to go with the dagger and equip them as your secondary weapons by pressing W.

An archer in this game still needs to do melee attacks when enemies get too close and when there is no space in dungeons. We want melee fights to be short due to our terrible defenses.

Attack with +50% range that deals more damage for each tile traveled.

Get 100% dodge chance, move up to 2 tiles away and attack the closest enemy with penalties to damage and accuracy.

Taking aim lasts 2 turns instead of 1.

Attack that pierces targets in its path with +47% bleed chance, +32% armor penetration and +58% armor damage.

Attacks deal a -8% piercing resistance debuff for 3 turns that stacks.

Attacks deal a -8% dodge debuff for 3 turns that stacks.

Distracting shot, Long-range shot, Headshot and Piercing shot reduce cooldowns of this skill tree by 1 turn when they kill an enemy.

Dealing with a hard encounter

Let's say you're in a low-level dungeon and you open a door, only to be surprised by a hard encounter. For this example I'll take the rogue brigand leader that deals a ton of melee damage :

You'll stay immobile and unload everything, making sure to alternate with the accuracy/crit buff. But that's not going to bring him down.

Eventually he's going to get close to you. You still want to take a shot there (buffed or not), since you know that you'll be able to move back with the evasion skill on the following turn : 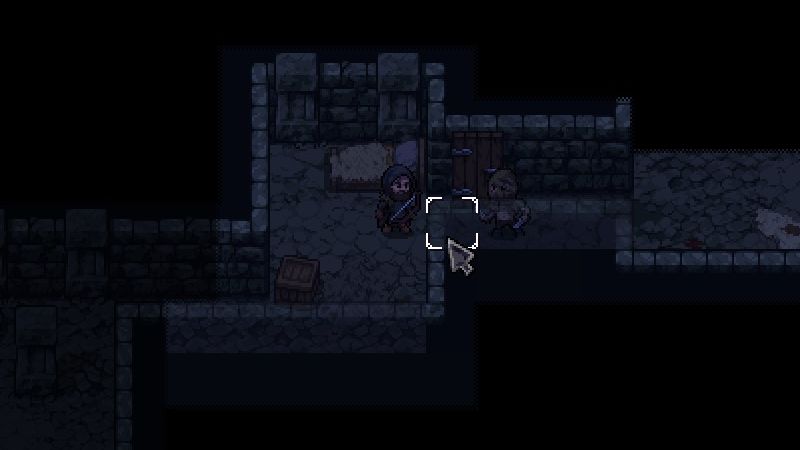 Next, you'll use the evasion skill to jump two squares. To the bottom left square so that you can run away if required. When using the skill, you will throw one final weak shot at the boss, and then he will move toward you, leaving only 1 square (yellow in the image) between you and him : 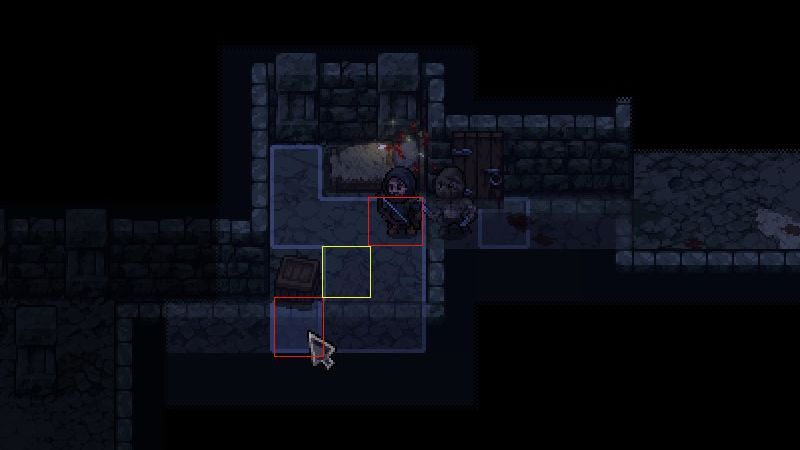 This is where you need to pause down and make an important choice. Right click on the boss and check his status to get the full picture.

Can you kill him in 1 attack using your melee weapons?

If so, now is probably a good time to switch to your secondary setup by pressing W. The boss will move in melee range and you will be the first to attack. The fight will be over unless you miss.

On the other hand, if he still has a lot of life, now is the time to run and to kite him. The cooldown on your escape skill is pretty low and each time you use it, you deal a weak attack at the boss and add another square between you and him that can be used for stronger attacks.

It's just a matter of time before you can take him down safely.