I just picked Stoneshard on its release day. I haven't played a lot so far but as a fan of games like Darkest Dungeon and Battle Brothers, it looks straight out amazing.

Many seem to get stuck and struggle at the first boss fight in the Steam forums so this is going to be the very first article of this series!

This goes without saying but before starting, make sure that you spend all of your remaining stats and skill points. Also, patch up any wounds and use your remaining enchantment scrolls.

It makes a big difference and you get to play a different character after the boss, so there is no reason not to use everything at your disposal.

The tips I will give here will be for melee as this is how I went with it but I am pretty sure using ranged attacks (pyromancy or the bow) make things easier.

You have to kill both statues while dealing with zombies the boss summons and delayed AOE attacks, the 2x2 blood area here: 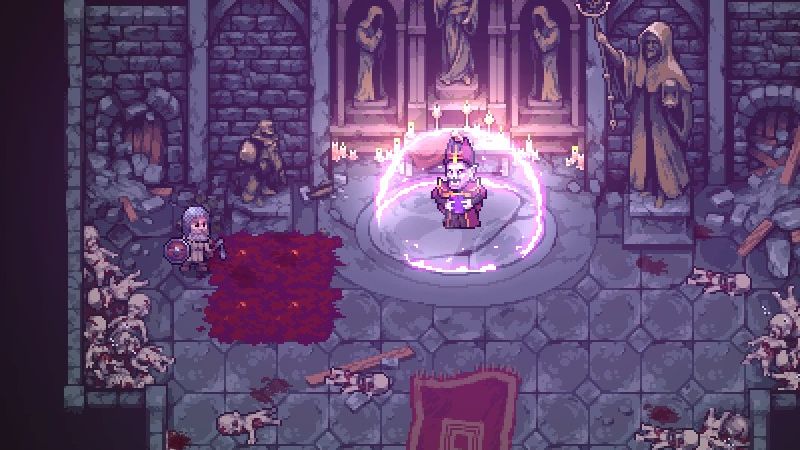 The only trick I would give would be to go slowly and to pay attention to the ground. Make sure that you always move out of the blood area. The best way is probably to always only move 1 tile at a time.

Attack the statues but change your focus to the summoned zombies as soon as they reach you. Easy!

The second phase is more difficult. This time you should be paying attention to the ground and to the environment.

One of his attacks is a charge with a long-range which is easy to dodge. The trick here is that if an obstacle stands in his way, he gets stunned.

As such, I would recommend taking the battle south. There's plenty of obstacles there : 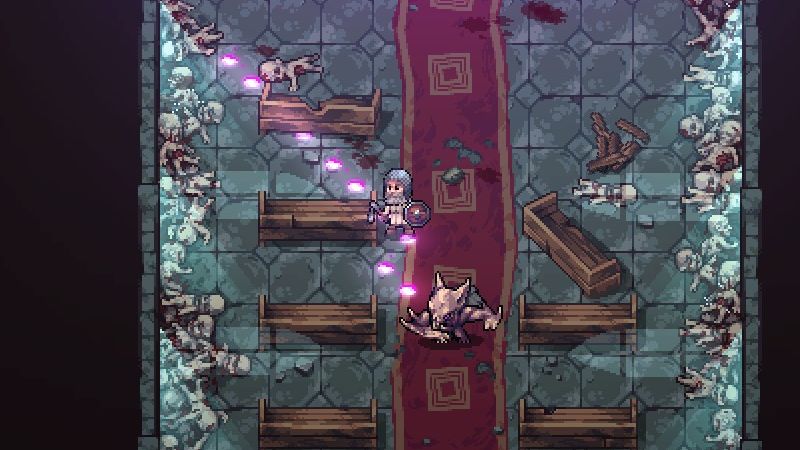 In the picture above, the top pew stands in the way of his charge. So the right move is to move top, to end up close to where he will get stunned. You can now easily deal a lot of melee damage without receiving any in return : 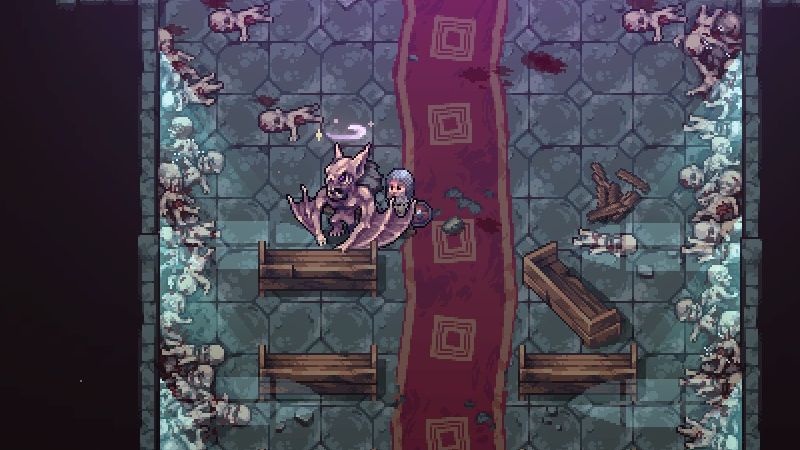 Next, the first boss has other moves like a melee attack that doesn't hurt too much, a corpse consumes that heals him and a big 3x3 delayed AOE that deals a lot of damage.

The delayed AOE is problematic as you can't dodge it if he casts it exactly where your character is. I believe the trick here is not to stand straight in front of him, as he would never cast it directly on my character when I would stand on another tile : 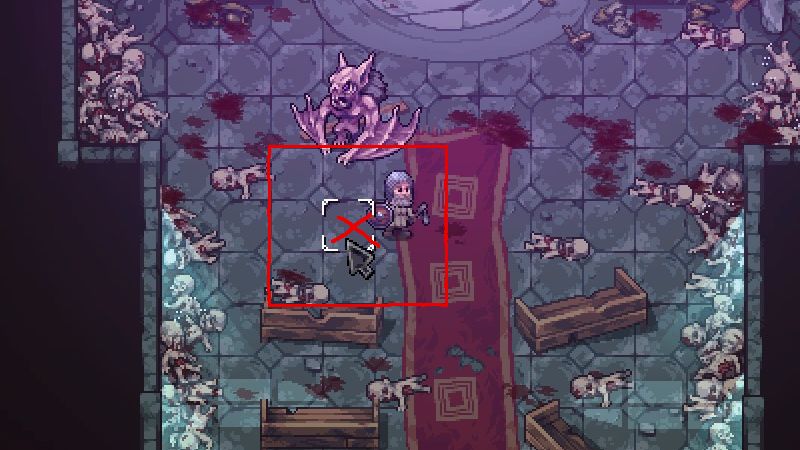 If what I wrote there is true and not only due to sheer luck, the right move in the picture above would be to make sure not to move to the highlighted tile and to instead press SPACE to skip the turn.

Once you beat him, you get to start again as a new character in the village.