All bosses in Dicey Dungeons

The dungeons end with a random boss.

I recommend always killing all monsters before moving to the next floor. That way your character will be max level before the boss fight.

If you miss a monster, you will miss the last level. Which means that you will have to fight a boss with 4 less health and more importantly, one less dice per turn. Which will make things difficult for some bosses. 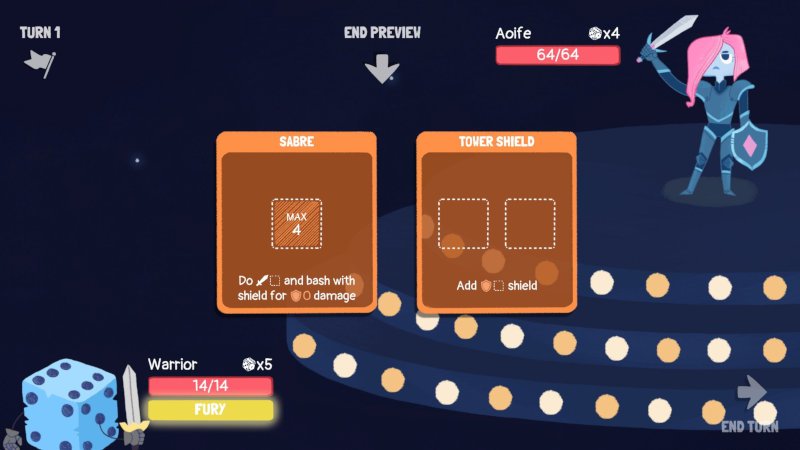 Aoife’s mechanic is simple but it works really well. First, she’s going to put her two highest dice in Tower Shield, which will shield her up. Following that, she will put a lower dice in Sabre, which will do X + her shield as damage.

That’s 12 shields that you’ll need to destroy and 16 damage dealt.

The most important thing here is not to let her shield accumulate and to make sure you can completely destroy it every turn. So you need to deal at least 12 damage per turn.

You probably won’t hurt her much when she gets lucky rolls and have a high shield. That’s ok. Just destroy the shield, be patient and hurt her when her guard is low! 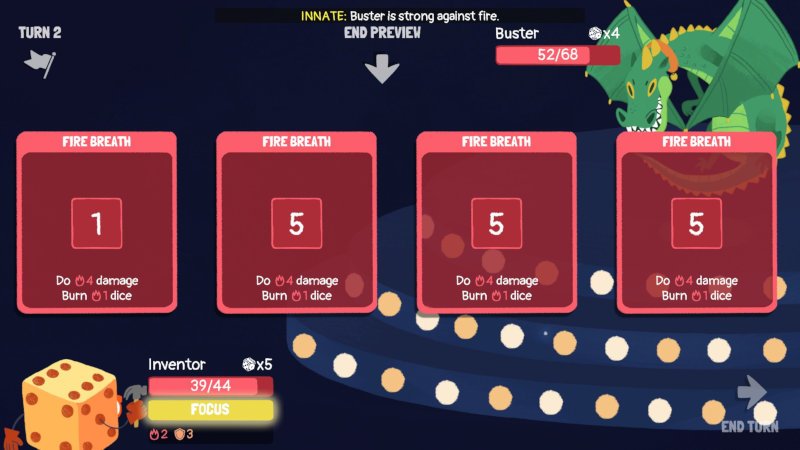 Meet the dragon Buster, who is resistant to fire damage and only deals fire damage! The only tip I would give here is to make sure you replace any fire damage equipment before starting the fight.

Strong items that can only work once during a battle like the crystal sword might be good here.

That way you end up with a surplus of dice for the equipment that you have, and you can let the burning dice burn and only use the other ones. 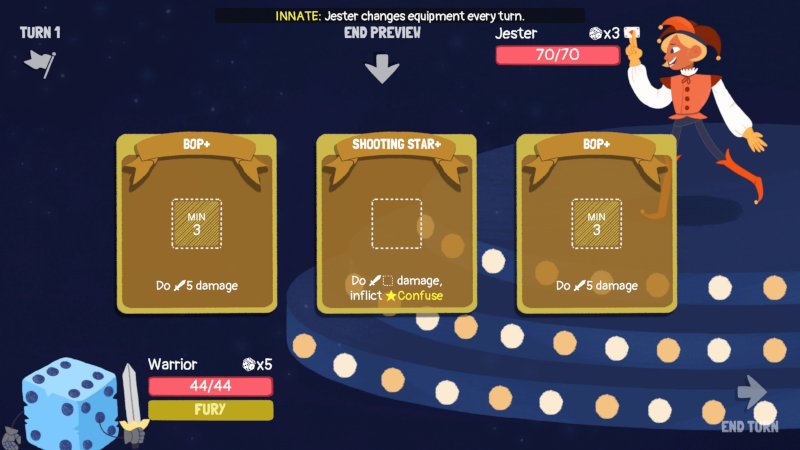 This is a special boss fight that I believe you only have to do once.

I won’t try to explain the fight since he changes equipment every turn and is very random. But he isn’t hard to beat.

One of the items he uses will inflict the confuse status which I haven’t seen dealt by other enemies. What this does is shuffle your items around and hide their effects.

It can cause problems with items that can be used once per fight and where you want to use perfect dice like, say, the crystal sword. 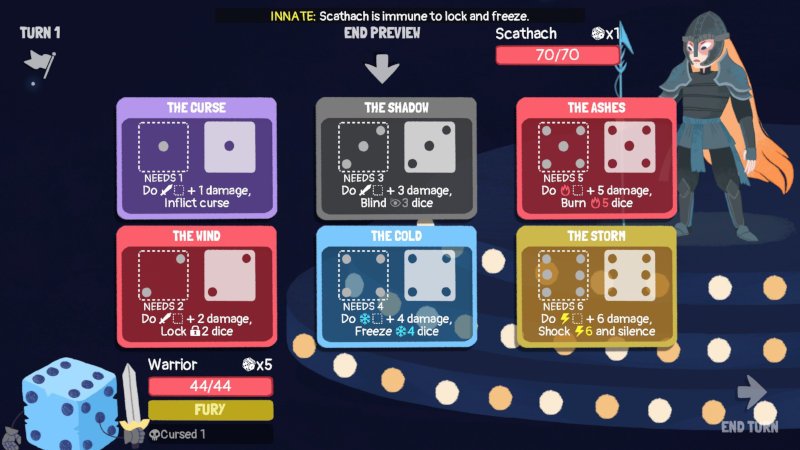 The boss fight against Scathach varies a lot depending on her dice rolls. She is similar to the mage monsters and each dice number is a different status effect.

She only rolls one dice per turn, but the damage of the dice is doubled (up to 12 per turn). When she rolls a 5 or a 6, pretty much everything you have will receive the status effect.

A strategy that works well if you can generate a lot of it is using the Shock status. Since she only rolls one dice, she has to skip a turn if you succeed in shocking the right item.

She is also immune to lock and freeze so make sure to remove any freezing item before the fight.

Next up: Audrey, Madison, Beatrice and Drake.