Today we’ll have a look at the Warrior character in Dicey Dungeons. He is more basic than the other classes, but I still find him pretty fun to play with the big variety of available shields.

We’ll first look at the items that are unique to him and then move to tips and strategies for the six episodes.

What makes it great is that you usually need to use 6 dice to deal 8 damage with an attack, but the axe requires 4’s instead. So you’re able to deal high damage with 4’s while keeping your 6’s for other items.

The upgraded version reduces its size and I might be wrong but I believe it becomes the highest damage “small size” item.

Like the basic sword, the iron shield doesn’t need much of an explanation. Choose a dice and get its number as a shield.

The warrior doesn’t have easy ways to heal so using shields to prevent damage is a great way to keep your health high.

The spiked shield just looks like a worse version of the iron shield, but it’s actually pretty good.

The reason is that you can use 5’s and shield up with it during the first turns, but as soon as you’re able to deliver a killing blow you can use the 4 (or the 6 with the upgraded version), preventing an additional enemy turn.

The target shield is harder to use than the other shields but once upgraded, I’d say it’s a very viable alternative.

Its small size is handy and you can dump all of the small dice that the warrior doesn’t have much of a use for there.

This episode can be slightly annoying but isn’t difficult.

Try to get an item that can be used more than once per turn and that doesn’t remove a dice such as the Bump+. You can use it to clear the curse and then move on to more important items. 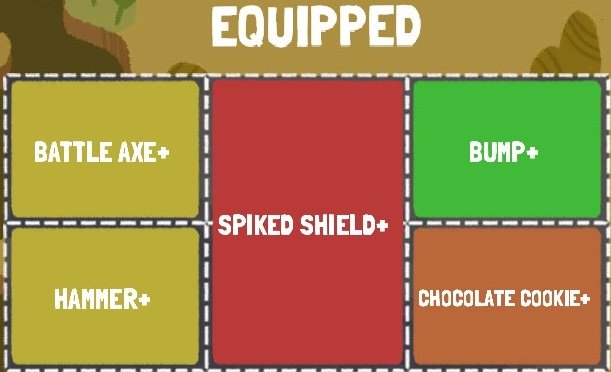 This is the build I won with but anything can work here.

Episode 3: Worse than a curse

This one is very tricky as you end up having 14 health instead of the usual 44 for the final boss. You’ll need to use either the iron shield or the spiked shield to prevent damage.

Don’t hesitate on using your limit break on the shield skill to get a bigger damage buffer, as getting 12 shields in a single turn from an iron shield makes a big difference.

Here is the build I won with. I chose to keep the venus fly trap for the added healing, but also added another healing source. And a big shield: 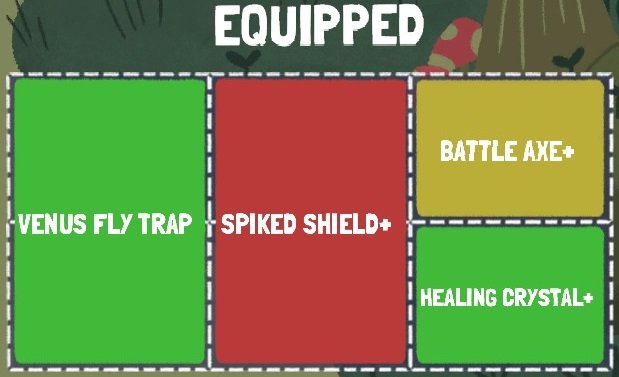 The upgraded battle axe deals massive damage for the space it takes but I’d say anything similar to this build should work.

A hard mode version of the first episode. I found it easier to complete than the episode with 14 health, but you need a well-balanced build (damage and shields) to succeed.

The warrior’s main ability becomes a dice flip instead of dice rerolls. His limit break still doubles the next action, but the equipment can’t be used on the following turn. 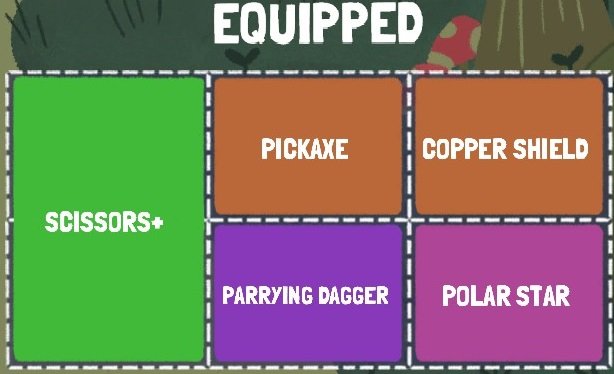 This was my winning build. The scissors and the pickaxe are really, really strong. I will describe the other changes this episode has in another article, as there is a ton of changes.