You begin the adventure in the center-west. The first goal is to get the red key to the south. Then go back and once in the center, move east to the big intersection.

Go get the blue key to the south, then the yellow key to the north, and return to the center to go to the right side. We are almost there…

Now you have to get the green key. This is the key that gives access to the fight against the Baron. Then come back on your steps near the center, go to the right side and you can finally face the boss! 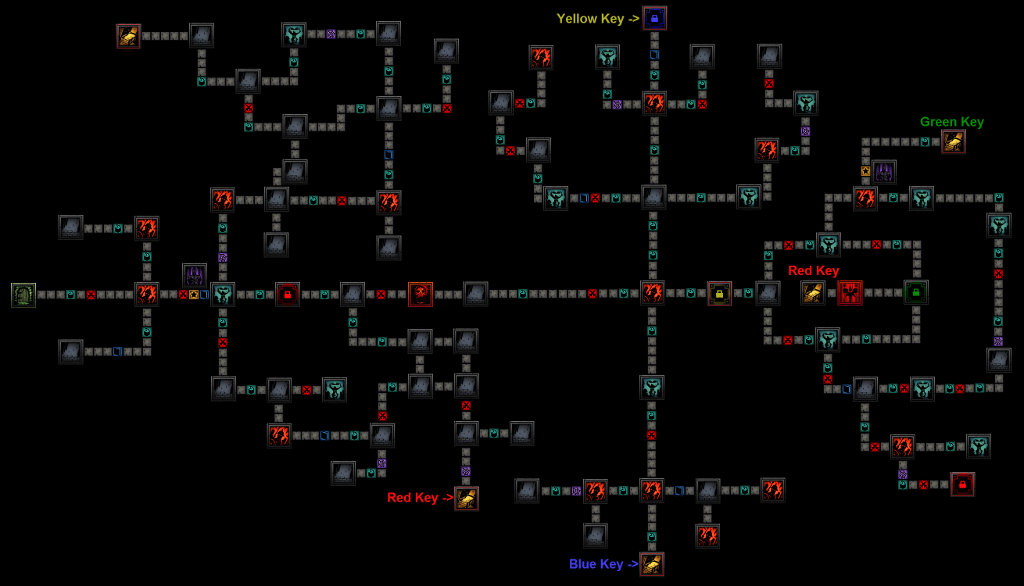 Party and strategy for the Baron

Honestly the Baron is not very difficult. Many groups would be able to beat him easily.

I will try to offer you a group capable of doing the whole dungeon without having to return to the city, about 25 fights against monsters of the court, 2 crocodilians and the Baron. 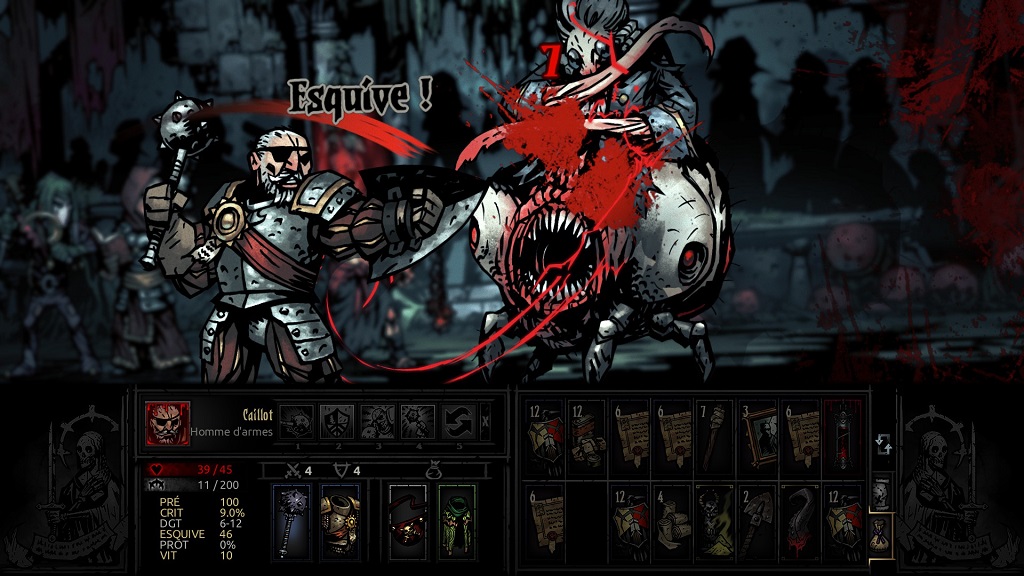 I put the highwayman and the man-at-arms as alternatives for rank 1. The idea here is to be able to take advantage of retribution, which is extremely powerful against the Baron. His main attack causes damage to all heroes, triggering the riposte almost every turn.

Between the two, I prefer the man-at-arms for the dungeon himself.

The dungeon is extremely long and there is a lot of fighting to do, and therefore increased chances of being unlucky and having a hero in trouble. His guard and his dodge buff for the group are very useful.

For the boss fight exclusively, I would prefer the highwayman. The Baron is always on rank 1, so you can use his most powerful attacks every turn, causing a lot of damage.

At rank 2, the flagellant is a must. This is by far the best hero to cause maximum bleeding damage in the courtyard. A group with two flagellants (ranks 1 and 2) would probably work very well!

The jester is placed at rank 3. This is not the best hero against the Baron himself, but he is absolutely required to succeed the dungeon without returning to town.

Finally, the vestal is faithful to her habit and heals at every turn.

When the fight begins, the Baron launches the “First Act” and is replaced by 4 eggs. They break in one shot and hide monsters from the courtyard, who instantly attack the group.

You must avoid breaking several eggs at a time. Break an egg, kill the monster that appears and repeat the operation, it's much safer.

When the Baron is found, he begins to attack 3 times per turn, until his life reaches 75%. He then launches the “Second Act” which is a rehearsal of the last time with the eggs, but the hidden monsters are a little more powerful.

And this will be repeated once again at 50% of life for the “Third Act”, with even more powerful monsters.

You can finally finish the fight without interruptions!