This is a small guide to help you beat the siren, the alluring siren and the begulling siren in the cove dungeon. 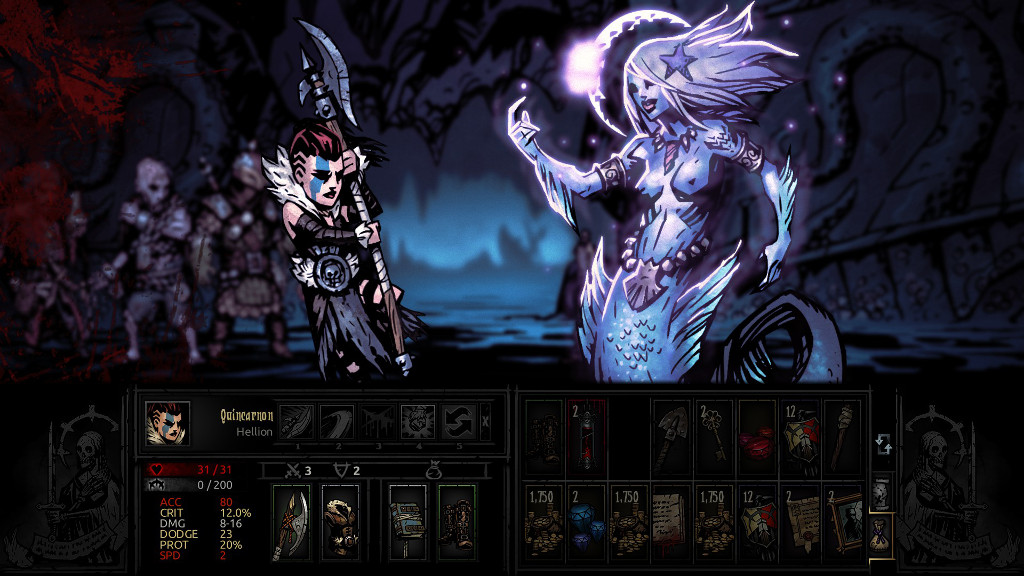 At the beginning of the fight, the Siren will charm a hero and you will spend the majority of the fight with only3 characters on your side. The charmed character will be on the other side.

Then, after a few turns, she will release the hero and send him back to you, but he will arrive stunned and on rank 4.

This can break your party formation and become a problem. You must prepare for the worst scenario: the hero on front rank 1 is charmed and returns back on rank 4, with all the rest of the party moving one position to the right.

In my opinion, the solution is simply to use characters that can easily fight from any position. And ideally who can attack while advancing to reposition themselves.

The Shieldbreaker is excellent since she can attack from all positions while advancing. She is already an easy choice in the Cove as her attacks that go through protection and her blight ability work really well in the Cove. Her mobility is a nice bonus for this fight.

The Highwayman, the Grave Robber and the Jester are also very mobile and can attack from multiple positions.

Heroes that can attack from anywhere but are not mobile like the Houndmaster work, but they will not be able to go back to their initial position easily and this can lead to problems at higher difficulties. The fight lasts longer, and several different heroes can be charmed.

Those at the back do not need to be agile, but it may be a good idea to make sure they can be useful on rank 2. The Plague Doctor is able to blight and help the group from this position.

Finally, the Abomination works very well normally in the Cove but is not a good choice for this fight, as he is completely useless on rank 4.